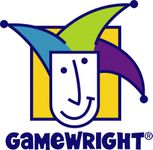 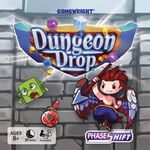 NY Toy Fair 2020 opens on Saturday, Feb. 22, and I'm still trying to catch up with what will be shown there, while also building a livestream broadcast schedule for BGG's coverage of both FIJ 2020 and GAMA Expo 2020. Yes, February is the second-busiest time of the year just behind October and the final rush to SPIEL.

In any case, U.S. publisher Gamewright has announced its game release schedule for 2020, and it plans to issue nine games in 2020. (Technically Gamewright is announcing ten new releases, but that's because it's including Darren Kisgen's Dragonrealm on the list. That title debuted in Q3 2019, but it wasn't previously announced to the NY Toy Fair audience, which means it's new to them. Anyway...)

• The top title on Gamewright's list might be Scott R. Smith's Dungeon Drop, which was crowdfunded in mid-2019 by Phase Shift Games and which started reaching backers in January 2020. 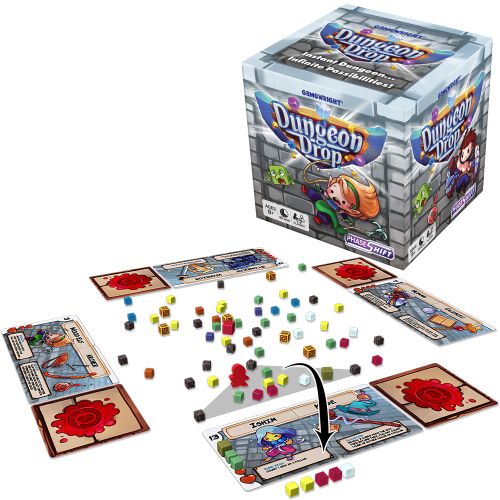 In this 1-4 player game, you set up the dungeon by dropping cubes on the table, with these cubes representing treasure, monsters, pillars, chests, keys, and other items. Each player has a fantasy class and race, with each having specific powers and life points. On a turn, you choose three pillars, then collect all of the items within the triangle formed by those pillars, with you trying to get gold (which is always worth points) and other items based on your hidden scoring card.

• Other titles coming from Gamewright include a new edition of Hisashi Hayashi's flip-and-write game MetroX, which was previously available only from Hayashi's OKAZU Brand. In this game, you're trying to complete subway lines more quickly than other players to receive large bonuses, while also just filling in as many stations as possible. Gamewright already has copies of MetroX in stock, and it should be available at stores in Q1 2020.

• Qwixx: Das Kartenspiel from Steffen Benndorf and Reinhard Staupe is also seeing a Q1 2020 North American release, with this item bearing the name Qwixx Card Game. Gamewright has been extremely successful with Qwixx, and now it's finally expanding the brand from NSV Games. In the game, players try to cross off numbers in four colored rows to score points, with you doing so based on (1) the number visible on the back of the deck and (2) the drafted cards played from your hand, with you needing to play sequential cards to maximize your score. 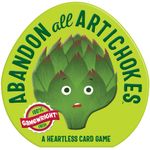 • Abandon All Artichokes is a card game from Emma Larkins that challenges you to do just that. Here's a short description of this Q1 2020 release:
Quote:
A bumper-crop of prickly produce has overtaken your patch, and there's only one choice: abandon all artichokes! Prune your deck by harvesting fresh vegetables, each with a special power that lets you swap, discard, or compost cards. You need luck, strategy, and a green thumb to grow a winning hand!

• Another Q1 2020 release from Gamewright is Hi Lo Flip, a card game for 2-6 players from Garrett J. Donner and Michael S. Steer that plays as follows:
Quote:
In Hi Lo Flip, you want to ditch all the cards in your hand, while also keeping others from playing so that you can collect the discard pile for yourself.

Each round in the game, you start with a hand of seven cards from a deck numbered 1-100. The HI-LO chip is in the center of the table showing one side of it. On a turn, you play a card from your hand onto the discard pile that is either higher or lower (depending on the HI-LO chip) than the current top card. If you can't play, then flip the chip. If it lands on the opposite side, play a card, then end your turn; if not, then draw a card, playing it immediately, if possible. If you still can't play, then whoever played most recently claims all of the cards in the discard pile, then you play whatever card you want.

If you play a card that ends with a 1, then the next player draws a card and skips their turn. If the card ends in a 2, then you must play again.

When someone runs out of cards, they collect the discard pile, then players tally their points for cards collected, with cards ending in 0 being worth 10 points and all other cards 1 point. The player who went out scores a bonus of 10 points. Complete multiple rounds until a player scores more than 75 points, with whoever has the highest score at that point winning the game. 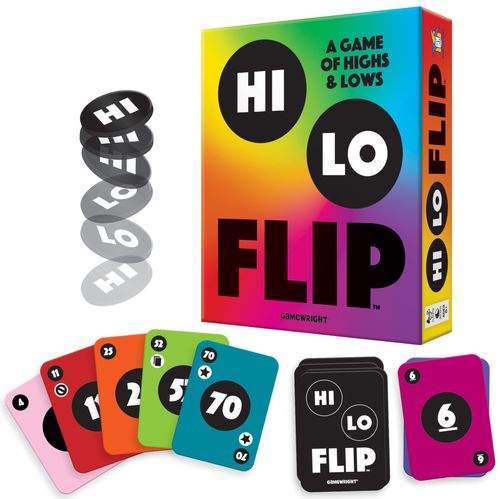 • Marshmallow Test is a 2-5 player trick-taking game from Reiner Knizia that sounds like a new version of 2017's Voodoo Prince from Schmidt Spiele:
Quote:
It's a tricky-sticky situation: a game that rewards patience, but only for so long...

Win tricks in Marshmallow Test by playing the highest card in the established color. The longer you wait to go out, the more points you score — but don't delay too long or else you get nothing! Find the sweet spot and victory is your ultimate prize! 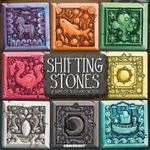 • Shifting Stones is the only Q3 2020 release on this list, with this 1-5 player game sounding like a real-time puzzle game:
Quote:
Leave no stone unturned! Nine mystical tiles lie before you in a grid of rocky ruins. Rearrange the tiles to match one or more of the patterns in your hand. The catch is that you must sacrifice a card every time you swap or flip a tile. Carve out the most points in Shifting Stones, and your victory will be set in stone!
Hmm, more details needed, which is what a trip to NY Toy Fair 2020 will help provide...

• Like Dungeon Drop, the party game Splurt! is another new edition of a previously self-published game. To play, shuffle the deck of cards, then flip over one to reveal the category on the back of the card, e.g., a nickname and the condition on the front of the next card, e.g., begins with A. Whoever yells out a valid answer first wins the flipped card. Can you name an animal containing five letters? A song ending in E? Collect the most cards to win!

• Hit List is a party game for four or more players that may or may not be related to the 2016 release iKNOW: Hit List from Tactic. The premises sound the same, but again, this is something to figure out later.

I'll note that I run into Gamewright developer Jason Schneider at many conventions, and he has a good eye for what makes a design ideal for Gamewright. I've suggested that he check out this or that game as something that I think would be a good license to pick up, and inevitably when I see him later, he'll say, "Yeah, that sort of worked", then he'll name some element of the design that makes it a miss, whether the player count, the rules overhead, something in the graphics, or a detail I never would have noticed.

As for this design, the explanation of how to play is on the box itself: "1 clue, 6 answers, 30 seconds". That tagline gets you 85% of the way to playing, with only a few details yet to be discovered. That's what Gamewright wants in its party game line, and recognizing that would be a plus for designers pitching prototypes to them. As for this game, here are a few more details:
Quote:
Put this party game at the top of your list! Flip the timer, draw a card, and race to shout out answers that fit the category. How quickly can your team name ice cream brands? Vampires? Cartoon cats? Answers can be obvious or obscure, but they score only if they're on the Hit List!