Links: Distinguishing Between Red and Anthrocite, and Choosing Games for a Pandemic

• Following the May 18 announcement of the 2020 Spiel des Jahres nominees, jury member Udo Bartsch has written an article that explains why certain games are nominated for the Spiel des Jahres award, which is aimed at families, while other titles are nominated for the Kennerspiel des Jahres, which is aimed at enthusiasts or connaisseurs. Here are two translated excerpts:
Quote:
Which game is a game for everyone and which is not cannot be determined by generally applicable and precisely measurable characteristics, but only by playing with as many different people as possible — and even then, the results are not always crystal clear.
Quote:
In the current year we see The Crew and The Cartographers as connoisseur games. Why? The Crew is a trick-taking game. Many people play trick games; Skat, Schafkopf, Doppelkopf, and also more modern representatives like Wizard are quite popular.

But in contrast to the usual competitive trick games, the co-operative The Crew demands more: If you want to play sensibly, you have to develop a notion for the whole story beyond your own hand and without seeing the cards of the other participants, you need to anticipate processes such as "stinging" or throwing off. The Crew requires an unusual thinking process to make it run smoothly. It's like a logic puzzle with cards. Several times I sat at the table with people who knew Wizard or Doppelkopf, but still had no idea what The Crew was now asking of them. 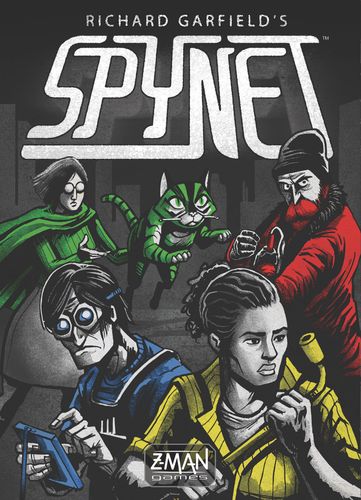 • In mid-March 2020, Matt Jarvis at Dicebreaker profiled designer Richard Garfield, with the interview highlighting which game of his has been overlooked (SpyNet, a 2017 release from Z-Man Games) and what he values about KeyForge compared to Magic: The Gathering: "A game like KeyForge makes it tough for a 'one size fits all' strategy guide to emerge; every deck has its strengths, weaknesses and peculiarities. Weirdly, there is noticeably more variety in decks even though in a TCG technically a larger variety of decks could be played — because in practice they aren't played."

I also appreciate these comments from Garfield given how they mirror my own thoughts:
Quote:
"One of my current concerns in board game culture is how fast players draw conclusions about games," he says. "My favorite thing about games has always been that the best ones get better with time and go to unexpected places."

"Skim the comments and reviews on [BoardGameGeek] and they are littered with people talking about imbalances after far too little time. It often seems players pick a strategy the first time they play and if something unforeseen happens the game has a problem that should have been designed around."

Garfield says that games with a large amount of gameplay variety such as 1970s classic Cosmic Encounter, often cited as one of the best board games ever made and a key influence on Magic: The Gathering, have become "dangerous to make" as a result.

"Recently I have begun to suspect that this culture may excessively narrow the sort of games that are made," he says. "Designers are encouraged by this to create games that are tightly constrained so that players get what they expect and are not surprised except perhaps in the minimal amount required to make it feel like a new game."

• Thanks to folks looking for things to do while at home, mainstream media outlets continue to introduce new board games to their readers, as in this April 30, 2020 article by Alexis Soloski in The New York Times that leads with this introduction:
Quote:
If you, like me, grew up with a battered box of Sorry and a Battleship missing at least two of its boats, you should know that board games have improved. With a large number released each year, the variety of games and the mechanics that govern them are almost infinite.

My library books remain unread, a stack of untouched New Yorker issues has become a household obstacle, and I can't make it through a movie, or even a 23-minute sitcom, without reaching for my phone. So why can I spend a focused hour-and-a-half bartering for camels in an Indian marketplace playing Jaipur or simulating quilt-making in Patchwork? 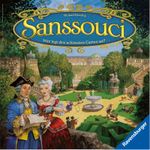 • On Ars Technica, Nate Anderson does something similar in an article titled "6 board games I’m playing during the pandemic", with this assortment of titles ranging from the "oh, of course" to the "wait, really?" Here's an excerpt that highlights the out-of-print title shown at left, although a new edition is coming in 2020 from Chilean publisher Fractal Juegos:
Quote:
A terrific tile-layer, this Michael Kiesling design has been criminally overlooked. No dungeon crawls here, D&D lovers—this is a game about building a European formal garden while moving your nobles down the garden path so they can smell the roses (and earn you points). It's fast, it's fun, and it's extremely relaxing. The rules are simple to teach, turns are fast, and everything looks great. The game even includes a small expansion module in the box for slightly more complex play. The biggest downside? It might be hard to find new right now.