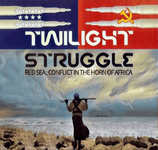 Let's face it — sometimes it's much easier to get two-player games to the table, especially nowadays as we all continue to distance ourselves from larger social happenings.

Eric gave us a sneak peek of a couple of two-player sequel and second edition 2020 releases with Reiner Knizia's Schotten Totten 2 and Royal Visit in one of his Spielwarenmesse 2020 trade fair posts. I suppose Schotten Totten 2 was not a huge surprise after the release of 2019's Battle Line: Medieval, a rethemed version of Battle Line that's part of GMT's new "Lunchtime Games" series — with another title in that series being Twilight Struggle: Red Sea, a sequel to the highly acclaimed Twilight Struggle that I covered in this March 2020 post.

Here are a few more 2020 two-player sequels and second editions to check out...

• School of Sorcery is a dice-rolling, area-control game from Steve Finn and his publishing company, Dr. Finn's Games. Finn is probably most known for his games Biblios (which I love!) and Herbaceous (which looks beautiful, but I've never played).

School of Sorcery is a reimplementation of Finn's 2015 release The Institute for Magical Arts, a game in which two players compete as student wizards who use dice rolls to place crystals in an attempt to win cards that grant special powers, victory points, or both. Yes, there's dice rolling, but don't run away just yet — there are re-roll tokens and cast cards that allow players to manipulate their dice and mitigate some of the randomness. 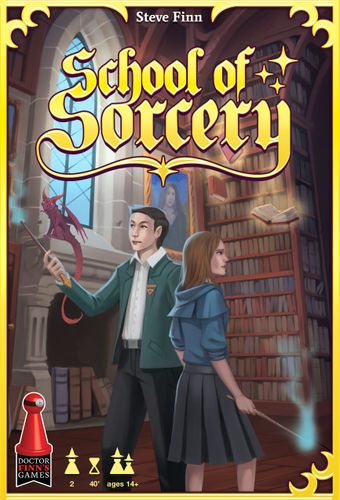 School of Sorcery features many of the same mechanisms as The Institute of Magical Arts, but with some new rules, upgraded components, revamped card powers, and new cards with a variety of powers. Considering how much I enjoy Biblios, I'm really curious to try School of Sorcery.

The new version of Napoleon's Eagles is a more mature design, yet maintains the essence and core ideas of the original version. Here's an overview of the historical setting and battle scenarios you can expect:
Quote:
The events of Autumn 1812 to Autumn 1813 marked a pivot point in the history of 19th century Europe. Despite ominous setbacks in Spain, Napoleonic France before 1812 was at the height of its expansion. The continental system was holding, if imperfectly. Monarchs friendly to the Empire — several being members of Napoleon's immediate family — ruled in every capital of the continent. Only Britain remained unbowed. By the end of 1813, the story had changed dramatically... 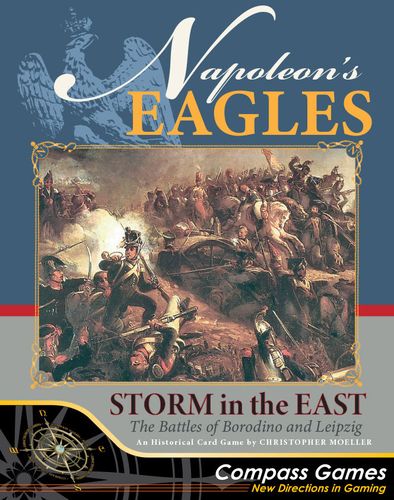 Napoleon's Eagles is a highly playable, action-packed card game set during the wars of 19th century Europe. Two battles are featured: Borodino, the sanguinary clash before the gates of Moscow featured in Tolstoy's famous novel War and Peace, and Leipzig, the great "Battle of Nations" which marked the beginning of the end of the French Empire.

Two smaller battles are included (Shevardino and Lieberwolkwitz), as well as two campaign games that cover multiple days of battle: September 5-7, 1812 at Borodino and October 14-18, 1813 at Leipzig. The game includes rules for cavalry charges, artillery bombardment, army morale, and army commanders. Emphasis is placed on the role of reserves and the judicious commitment of infantry and cavalry. Key terrain pieces are featured, such as the city of Leipzig and the famous Great Redoubt at Borodino.

• Foxtrot Games' The Fox in the Forest Duet, co-published by Renegade Game Studios, was released in the U.S. in January 2020.

Duet features a trick-taking mechanism, theme, and vibe similar to 2017's The Fox in the Forest, which landed a recommendation from the Spiel des Jahres jury in May 2020 following its release in Germany, but flips the competitive element on its head to create a two-player-only, co-operative trick-taking experience:
Quote:
To set up the game, place gem tokens on the designated spaces of the game board and the team tracker token in the center of the movement path. At the start of each round, shuffle the deck of thirty cards — which contains three suits, each numbered 1-10 — and deal each player a hand of eleven cards. Reveal one card as the "decree" card to determine the trump suit. For each trick, one player leads a card, and the other must follow suit, if possible. 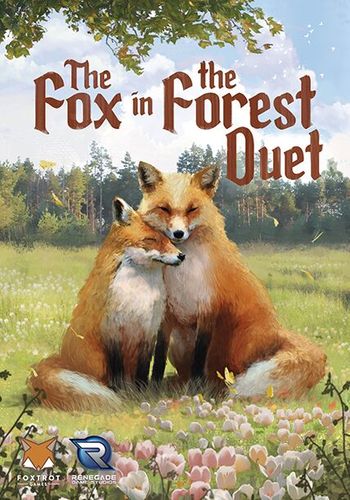 The odd-numbered character cards have special abilities when played, allowing the trick winner to move the tracker in the direction of their choice or to ignore the footprints on one of the played cards so that you can land on just the right spot. One character allows players to exchange one card with each other, while another allows a player to change the decree card.

At the end of a round, you add five gems to designated spaces, add a forest space to shorten the path, then receive a new hand of eleven cards from a freshly shuffled deck. Collect all 22 gem tokens, and you win. Run out of time or head off the end of the path with no forest spaces in reserve, then you can just keep running in defeat or shuffle the cards and start the game anew.

Ascension is a fairly well-known, quick-playing, deck-building game in which 1-4 players acquire more powerful cards for their deck, while spending power to defeat monsters and gain honor/victory points. Ascension: Eternal retains the same core rules and includes everything two players need to play the game, as opposed to the standard format for most Ascension sets that allows for play with up to four people. The Eternal set was designed with the intention of having a good entry point for people getting into the hobby, while also serving as a solid introduction to Ascension for more experienced gamers.