In an April 17, 2021 editorial following the close of a Kickstarter campaign for a new edition of Franz-Benno Delonge's game Fjords, Grail Games' David Harding gives a recap of the publisher's history and talks a bit about a new direction.

Grail Games was founded in 2014, and Harding released a handful of titles annually until he found himself burning out in 2018/2019. To excerpt his post:
Quote:
This has been my downfall: I know what games I love and I want everyone to have a chance to love them, so I kept churning them out. On average, I released 5 titles a year — mostly working on my own at nights and on weekends. If a Kickstarter campaign allowed me to print 2000-3000 copies I was excited as I was able to fulfil my dreams. Unfortunately, printing that number of copies each time does not offer a publisher the best cost-per-copy rates, nor will it give a publisher enough profits to make a living. Short of striking lightning in a bottle, a small publisher will almost never make enough to pay the bills. Grail had no marketing department, no advertising budget. Being in Australia there’s almost no conventions to attend, and flying to Essen or Indy is SO freaking expensive.

In September 2019, Grail announced a partnership with publisher/distributor Surfin' Meeple that would be "focused on facilitating manufacturing and distribution services with the goal of introducing Grail Games classics to more homes around the world", then in 2020 Grail Games officially joined the Matagot family of companies run by Arnaud Charpentier, with Harding overseeing all editorial decisions, while Matagot would handle marketing, finances, distribution, and production issues.

This support will allow Harding to focus on Grail Games on a full-time basis for the first time in the company's seven-year history starting in June 2021 — but it also entails a change in focus, one that mirrors a March 2021 announcement by Z-Man Games that it was ending its "Euro Classics" game line that consisted (at that point) solely of new editions of five classic titles by designer Reiner Knizia. Here's another excerpt from Harding's post:
Quote:
I am immensely proud of Grail's editions of Yellow & Yangtze, Medici and Stephenson's Rocket, but these reprints and revisions, while great at getting BGGers to notice what one is doing, just...haven't sold well. And not only are we not going to take over any of the games Asmodee [i.e., Z-Man Games] let go, but our Medici Reformation project (although it was almost ready to go) is now cancelled. The 10 games by Renier Knizia that Grail released (Criss Cross, Medici, Medici: The Card Game, Medici: The Dice Game, Yellow & Yangtze, Circus Flohcati, King's Road, Stephenson's Rocket, Whale Riders, and Whale Riders: The Card Game) will not be printed again by us and will be leaving our catalogue at the end of 2021. Allow me to say it: Grab those leftover copies while you can. 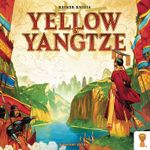 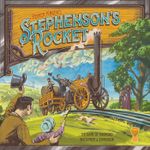 I personally hope that Reiner Knizia will find publishers for these games that suit him better and sell more copies.
Given what a huge fan I am of his designs, I feel let down by the dual announcements of Knizia titles not being strong enough on the market to maintain a presence there, but maybe this is simply another way of recognizing that the market sees hundreds of new releases annually, so it can be tough to gain traction given all the competition. Alternatively, perhaps my taste in games is somewhat old-fashioned given that I got into hobby games in the early 2000s during an era of regular releases from Schacht, Colovini, and Knizia.

What comes next for Grail? Well, that path has already been started, as is evident in the company's two most recent Kickstarter projects: Hibachi, this being a new — and far more light-hearted — version of Marco Teubner's 2010 release Safranito and the aforementioned Fjords, which was given an expanded player count, five new expansion modules by Harding's brother Phil Walker-Harding, and a modern look by Beth Sobel. In Harding's words: 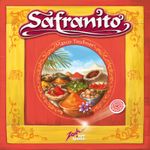 The original
Quote:
We still want to reprint classics and games that feel like classics, but these two games (and the ones coming up) are all games that I have been able to put a ton of myself into. We were free to make these games according to my vision. In this new chapter that is about to open for Grail, I will be moving forwards by selecting games that I both love personally, and that I can work on freely. I'll always have my Palastgeflüster, my Finca, my Thurn and Taxis, and my scuffed copies of Carcassonne and Catan. But as a publisher, while I've loved giving older games a fresh coat of paint, I have learned that I enjoy even more when the canvas is bare, or can be stripped bare before I get to work.

Moving forward, with the support of a team of helpers, you will see me have a hand in games more like Hibachi where (dare I say it) a dry game about trading spices with an amazingly fun dexterity element may actually end up on a game table down the road from your house. I mean, just look at that cat chef. 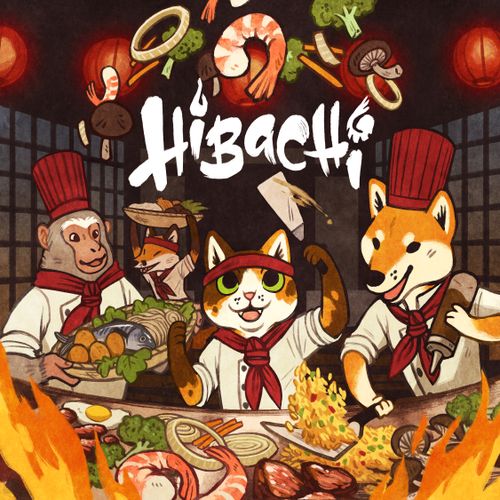 Other non-Knizia titles coming from Grail Games were covered in this October 2020 BGG News post that highlighted announcements from Harding during SPIEL '20. (I will confess that Harding's taste in games aligns with mine, so I pay attention to all that he's doing.) These titles include:

• Tom Lehmann's two-player game ChuHan that I first wrote about in 2019.
• Scott Almes' Silicon Valley, in which 1-4 players hire staff for their start-up company to put out new products, with the nature of the products being determined by patterns that you build with polyominoes.
• Matthew Dunstan and Brett J. Gilbert's The Gardens, which Harding described to me as "my magnum opus" in terms of how he's been able to shape the entire package. Here's an overview of this 2-4 player game:
Quote:
Sydney's Royal Botanic Garden holds a special place in the hearts of locals. World renowned for its location, beauty, and historical and scientific significance, each of its 29 hectares are not only stunning, but a calming retreat from the city's streets. 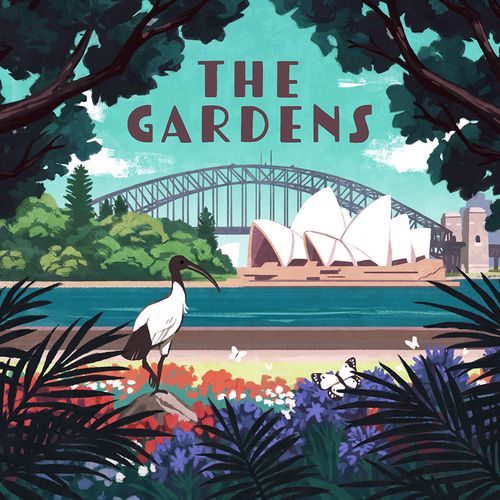 Non-final cover
In The Gardens, players draft cards depicting different features of the Gardens, using them to build their own portion of it in front of themselves. Players then score points based on what their visitors see as they walk past the Gardens' various flower beds, ponds, native trees, and statues. The tableau you build will have three rows — waterside, grass, and cityside — and you add one card a turn until the area is filled. 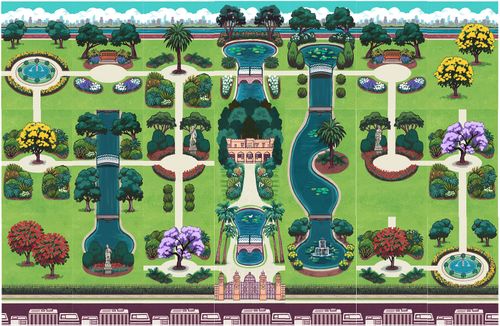 Non-final player tableau
The game is accessible and simple to learn, yet offers strategic choices. Its included modules add variability and depth for experienced players, with landmarks such as the Opera House and Harbour Bridge that players can gain for extra points or special abilities, so join the picnickers, joggers, lorikeets, and bin chickens, and enjoy your day in the beautiful Botanic gardens.
Finally, Harding closed with a final teaser about future plans:
Quote:
Thanks to all my experiences and hardships running a publishing house, I felt the urge to give back to the community and we'll soon share news about how Grail will be helping another small publisher's beloved titles to carry on... It will be a fantastic project.