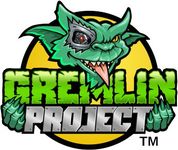 Simone Romano and Nunzio Surrace, two long-time gamers from Italy, have decided to start a new design company – Gremlin Project – which they describe as follows:

Quote:
Gremlin Project is an Italian board game designer studio established in 2011 to create and develop high quality board games products for the international audience. By focusing on creating well-designed, highly enjoyable board game experiences, Gremlin Project aims to be a company made by board gamers for board gamers...
The first game designed, developed and illustrated by Romano and Surrace will be Galaxy Defenders, a cooperative tactical sci-fi miniatures board game in which up to five players fight together against an incoming alien menace that will be co-produced by Ares Games. Here's a somewhat lengthy description of the game:

Quote:
Galaxy Defenders is a cooperative tactical board game in which up to five players fight together – each taking control of one agent with unique powers – to defend the planet from an alien invasion. The battle for Earth against the aliens will develop in a series of missions organized in a story-driven campaign. Missions are based on modular maps designed by 0OneGame and are played over a variable number of rounds; each mission may have multiple endings and the outcome of any mission will change the flow of the story. The agents will gain experience during the missions, and this experience can be used to transform a good soldier into a perfect Galaxy Defenders Agent with multiple skills, basic and improved tactics, and the ability to use new devices, advanced human weapons, and Alien technology.

The battles themselves will be carried on round after round, with a tactical combat system that uses custom d10 dice and with each player playing in sequence his agent turn, then one alien turn. After that, the game passes to the Event phase that will bring the players to the next round.

In Galaxy Defenders the aliens are controlled by the game itself through an artificial intelligence system based on two objects:

-----• Alien cards, which represent the A.I. of the alien, with its movements, skills, life points and weapons. Each alien figure on the map will be bonded to a specific card to keep track of its powers and life points.

-----• Close encounter cards, which are drawn by the active player at the beginning of each alien turn to determine which aliens must be activated. 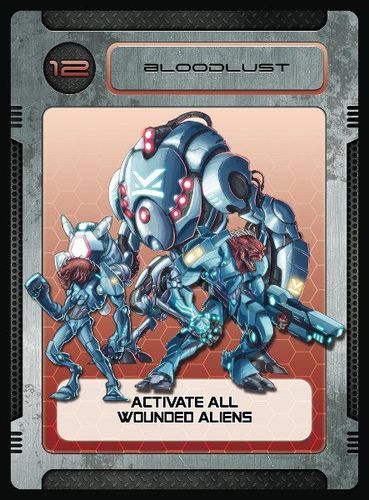 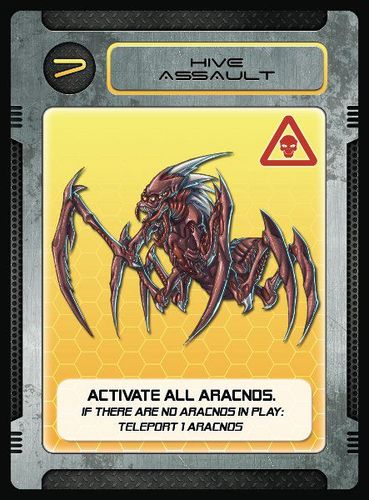 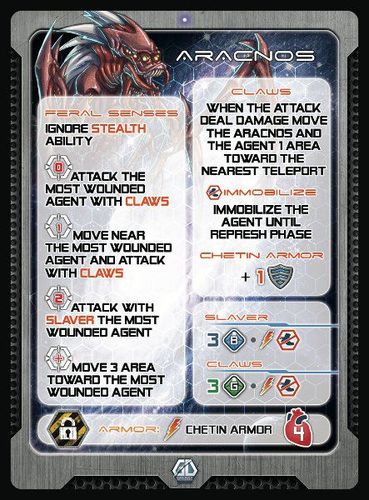 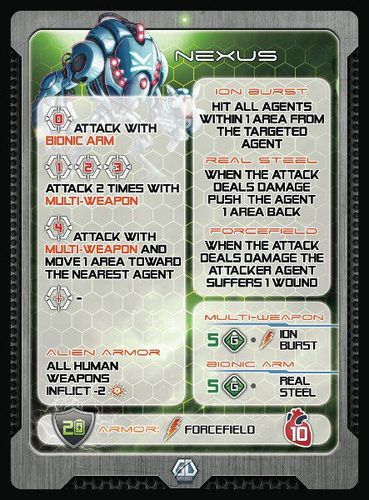 Quote:
This system grants a different A.I. for each alien species, in addition to simulating the chaos of battle because the agents will not know in advance which alien will be activated during the next alien turn. In order to save our planet from the incoming aliens, no matter which one is doing what, the players may choose up to five agents:

-----• Marine: Coming from U.S. Special Forces, the Marine is an excellent soldier who can manage different combat situations, especially against multiple enemies; he has an average movement ability and firepower.

-----• Hulk: The Hulk was a successful mercenary and now is one of the best GD agents; although slow on the battlefield, he enjoys an extraordinary resistance to damage and has a high firepower.

-----• Infiltrator: A deadly woman who can perform stealth actions, and a lethal weapon who hides in the shadows, she has fast movement and good short-range combat ability.

-----• Sniper: A silent sharpshooter, expert in camouflage and ranged combat; the sniper has excellent long-range firepower.

-----• Biotech: The Biotech is the most technologically adept agent in service. He can use nano-technology to heal wounds or to control war drones. He also likes old-fashioned style; in fact he has always his faithful shotgun for close encounters! 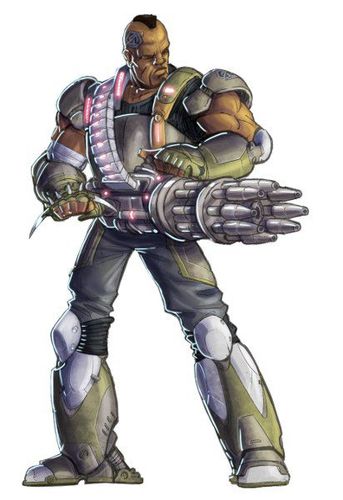 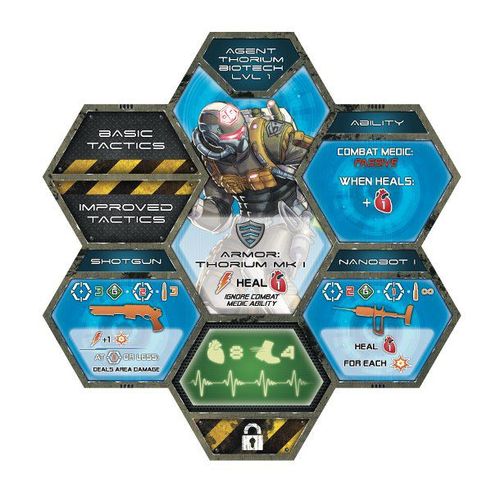 Hulk and a character sheet
Quote:
The level of difficulty will scale dynamically based on the number of operative players in the game. This system grants the right level of difficulty with any number of players. In this way, a player who wants to play alone is not forced to use more than one agent at the same time due to the lack of difficult balance. Even in the event of some players dying during the game, the system will recallibrate the difficulty to a reasonable and enjoyable level.
Gremlin Project expects to launch a Kickstarter project for Galaxy Defenders on April 16, 2013 with the game being released later in the year. 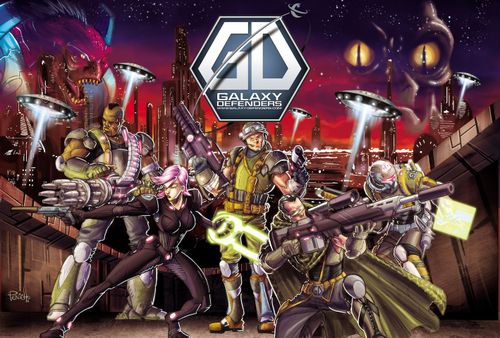