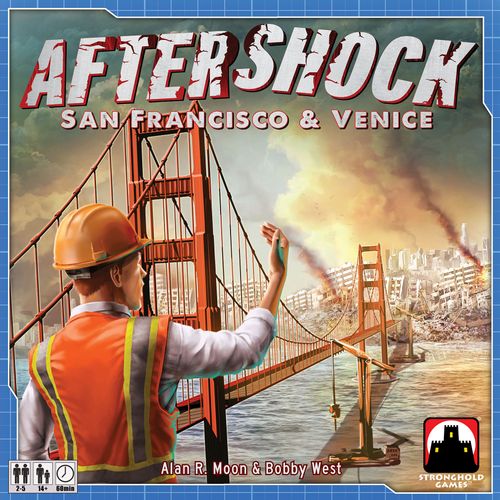 • U.S. publisher Stronghold Games has dropped details on a couple of its 2019 releases, with both of them heading to Kickstarter for funding.

The first title is Aftershock from the design team of Alan R. Moon and Bobby West. It might seem a little odd to refer to them as a team, but Moon and West have an as-yet-unidentified title coming from Maple Games, and they've been working on other titles as well.

Aftershock is for 2-5 players, plays in 60 minutes, and has a curiously odd setting that makes me eager to learn more of the game elements to imagine how everything fits together:
Quote:
The world has been hit with mega earthquakes. The worst destruction devastated the San Francisco Bay area and Venice, Italy. It is a time of rebuilding to restore this area to its former glory.

Aftershock is an area control game. Players will spend money to acquire cards, which are used to increase population, build bridges, and determine where aftershocks occur. Negotiate with other players to score areas on the placement board.

Spend money wisely to acquire the needed cards that move people back into the demolished areas. Make deals to score points in Aftershock!

• The second Stronghold title being Kickstarted is a new edition of the 2009 release Egizia from the Italian design team Acchittocca: Flaminia Brasini, Virginio Gigli, Stefano Luperto, and Antonio Tinto. Here's an overview of Egizia: Shifting Sands Edition, which like the original game is for 2-4 players:
Quote:
In Egizia, players must place their pawns following the course of the Nile, moving northwards. In this way, each placement not only blocks the opponents from choosing the same square (except monuments, where multiple players are always allowed), but also forces the player to place their remaining pawns only on the squares below the one they just occupied.

When the placement phase is over, the workers of the players (which are separate from the pawns) must be fed with the grain produced in the fields. The production of each field is based on the floods of the Nile, so some fields may not give grain each turn. If a player doesn't have enough grain for all their workers, they must buy it with victory points. After that, stones are received from the owned quarries and used to build the monuments (if the right to do so was reserved earlier) along with the workers.

In this new edition, players each get a chance to build across the Colonnade, a new monument. The more columns you build, the better powers you unlock to help you on the river. Perhaps once per turn you can place boats on occupied river spaces or upstream, or gain an extra point each time you place bricks in monuments. With randomized rewards from game to game, the Colonnade is a dynamic new monument to shake up traditional gameplay.

Below the Colonnade, where the graves once stood, lie the mysterious statues — a new monument unlike anything else in Egizia. These tiny build sites are cheaper than any other monument, but they hold the potential for high reward if you fulfill their requirements. Players must plan early as they can place only one brick in a statue per round, and each level they build has more strenuous requirements for endgame bonuses. 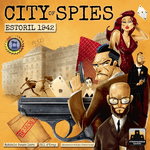 • In 2019, Portuguese publisher MEBO Games, which began life as MESAboardgames, will release a new edition of its 2015 title City of Spies: Estoril 1942, moving the action hundreds of years into the future and far out into space. Here's a rundown of 2491 Planetship from Antonio Sousa Lara:
Quote:
In this game, each player captains a "planetship" — a world-sized spacecraft that wonders through the galaxy — and you've received a distress signal from the Mothership Alpha, the first and largest planetship of all! Quickly making their way to the signal's co-ordinates, players are confronted with the horrible vision of a now-crumbling planetship on the brink of exploding. This is where the game begins.

Each player must send out their finest team of characters to land on various locations of the Mothership Alpha in order to rescue its most valuable crew. Location boards are randomly selected to be used in each round. Control of these will be fought over in each of the four rounds of the game. Players begin the game with the same hand of characters (tiles) and take turns placing these tiles in the open spaces of the various locations on the board. At the end of each round, players check each location to see which player gains the reward for that location.

At the end of the fourth round, players total the points of their characters, plus any special game objectives they have completed. Whoever has the most points wins. 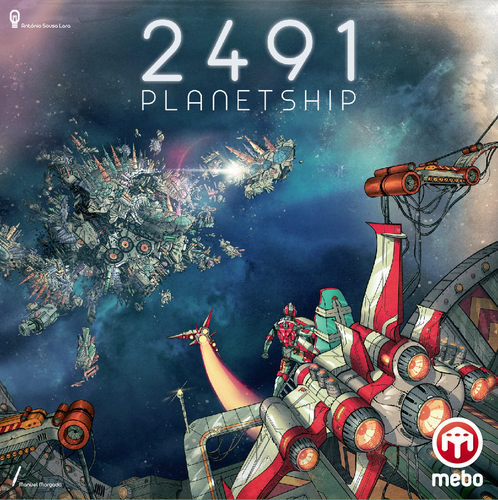