'Out of the ordinary' Games wanted to play at ConVic6 10-12 August, Melbourne, Australia

With the 6th Convic boardgames weekend coming up in under 2 weeks, here's a list of games that people have expressed an interest in playing that almost certainly wouldn't be brought otherwise.

Please feel free to volunteer (= commit!) to bring along any you have & give an idea of when you'll be around.

Full details of the Con at
http://www.unhalfbricking.com/convic.php 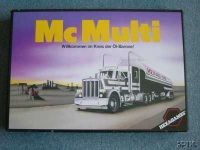 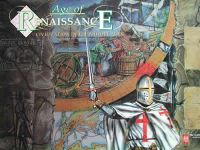 I'll be at convic all weekend. 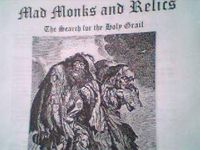 The Secret Bread Empire Über Alles!
Patron Badge for 2004 through 2019
I'd like to finally give this one a go!

Doug Partridge
(dougpartridge)
Australia
Launceston
Tasmania
Patron Badge for 2005
If anyone has this, I'd like to play it... 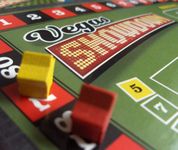 Chris Pimlott
(pimlottc)
United States
Cleveland
Ohio
Haven't seen it since I've been here, but it's quite a good game. They're practically giving them away in the States these days 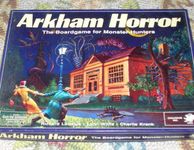 Chris Pimlott
(pimlottc)
United States
Cleveland
Ohio
Been wanting to play this since before it was reprinted.

Patron Badge for 2006 through 2019
In the interests of reducing my friendless metric, and cause it's been sitting on my shelf unplayed for a few years, I'd like to give Darkover a go.

It's by the designers of Cosmic Encounter, which is why i have it. And it's on the unusual mechanics list. Combat is RPS, but in one case it's resolved by psychic contest.

Quote:
a. The players stare directly into each other's eyes.
b. The offensive player calls out a word or short phrase and begins, in a moderately paced regular cadence, a count to 30, following each number with the word or phrase. The defensive player mus immediately join in and they count together, eg, "One darkover, two darkover, three..."
(or they stare into each other's eyes for 30 seconds in silence, offensive player's choice.)
c. If either player sees the other falter by breaking eye contact, smiling (at all), laughing, or missing two consecutive counts...s/he should tap the table, indicating victory.

EuroGamer since 1980, & online games retailer since 2003
Patron Badge for 2007 through 2019
I am interested in this, but there's distinctly mixed reactions on the Geek. Anyone have it? 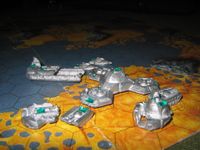 I still think it's the best boardgame/wargame mix: No luck, time-limited, tense!