Here are the images I've uploaded, which were declined. Some badly deserved it - for instance, partially transparent PNGs that got automatically converted to JPEGs with some very interesting reconstruction happening in the conversion. Others were cut down in their prime!

There have been a number of other rejections, but I didn't keep all the rejection geekmails. Inspired by Werbaer's example at http://www.boardgamegeek.com/geeklist/22166, I shall do the same, for my own entertainment, and to confess my occasional doltish upload mistakes. (They tend to happen in batches. 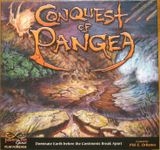 
Comments (optional):
Nice concept, just a little too blurry
Well, someone "got it", and was kind enough to add a comment while rejecting it.
Glare, blurry, and over-exposed? You betcha! It was a macro shot depicting the bright explosion caused by the asteroid impact. I even used the GIMP to amplify the effect.
I was halfway motivated to try a different take on the shot, but I couldn't quite get myself to bother, knowing that new users scrabbling for geekpennies would go for the more rewarding rejection next time, too. 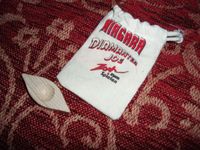 Upside-down or sideways?!? Yes! That was the whole point.

This was a nice PNG with alpha for transparency. What was I thinking uploading it, and thus automatically converting it to a JPEG?!? I just thought it would be cool to have transparent images of the various GIPF bits for dotting in geeklists and wiki pages. This TAMSK-potential was a victim of my lack of perspicacity. Here's the original PNG.
It's quite fascinating to see how the grain of what I turned 100% transparent was still somewhat present when it became a JPEG again. 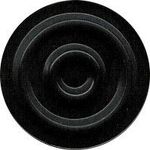 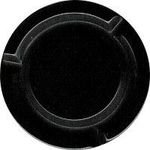 BGG's automatic PNG-to-JPEG conversion again. This is a DVONN-potential. Here's the original PNG.
Hey, I uploaded all of these back-to-back, OK? 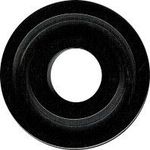 Yes, the old PNG-to-JPEG issue. This is a PÜNCT-potential. Here's the original PNG.

...and the more proper attempt: 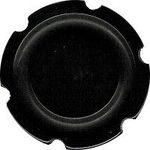 A YINSH-potential as a former PNG. Believe it or not, these actually looked pretty cool as PNGs, with their background completely transparent. Here's the original PNG. 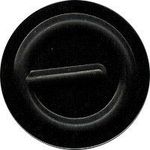 I foolishly tried to upload this lovely "family photo" to all three relevant GIPF Sets. Fortunately, Set 1's got approved before the others hit the geekmod fan blades. In retrospect, I probably should have uploaded it to GIPF itself; however, I was trying to provide photos to the lacking GIPF expansions. Silly me! I forgot that geekmod shows the user's recent uploads as well!

After the Set 2 rejection rolled in, I was completely unsurprised to see the Set 3 rejection. By then, I'd remembered the "recent uploads" bit of geekmod.

Yep, nothing as irrelevant to a game as its rules inside its box lid.
Apparently 1632×2226 is too small for someone out there. I want that person's monitor.

Blurry? Yes, a little blurry for my tastes.
Rules scan - Yes, it is a scan of rules from a 1954 game published by a company long gone. I didn't think anyone would mind.

It's a shame this one isn't part of the gallery, in my opinion.

I think I'm going to try setting up this layout on a scanner, to see if I can get that one declined, too - since it should still be irrelevant.... 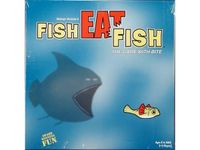 The current box front image (shown directly above this) is an uncropped, smallish image probably grabbed from some online retailer's website (the white left/right letterboxing is a hallmark of shopping cart systems that want consistent image sizes).
Quote:
Reason: The image was too similar to another image already in the database.
Reason: The image was a duplicate or too similar to an image we already have.
Looking at the two images at this size, those comments certainly seem true. If you look at them at full size (which I always do when geekmodding, since an image that looks fine in a 600×500 window may be blurry as heck at their 2000×1400 full size), there is quite a difference:
current box front image
my box front image (You should click on the image to zoom in on it.)
...and mine doesn't have unnecessary whitespace on the sides! 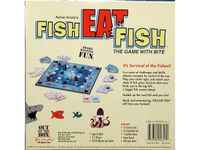 The current box back image (shown directly above this) is another uncropped, smallish image probably grabbed from some online retailer's website.
Quote:
Reason: The image was too similar to another image already in the database.
Reason: The image was a duplicate or too similar to an image we already have.
Comments (optional):
original is fine
Looking at the two images at this size, those comments certainly seem true. As with the front, if you look at them at full size, there is quite a difference:
current box back image
my box back image (You should click on the image to zoom in on it.)
...and again mine doesn't have unnecessary whitespace on the sides!

Someone was kind enough to include a comment. When you get down to it, they're right: The original is probably good enough for a game of its ratings. I just wanted better.

Now I understand why nobody has put the three "different covers" on BGG: They were DENIED.

I grant that the cover itself is identical, and that only the sticker is different, but I didn't think all three would get denied.

This is B, which I thought might get denied, since there is already a different B in there, but I had it, so I uploaded it. "Why not?" I thought. No big loss here.

…and C. Perhaps I shall make a collage of the three corners, and sling that up instead.

Comments (optional):
This is not a picture of the original game - put it in creative, please.
creative
I guess images of web games are popularly categorized as Creative under the new system. Can do!

Comments (optional):
not really unaltered components if it is a computer version
No real surprise after the last one. Incidentally, I resubmitted them under the Creative category, and both were approved. Rather than having to deny the images, it seems like geekmods should have the ability to suggest the correct category. [shrug]

I didn't expect this to get approved. It's a bit dark, but I thought the shadows were pretty interesting. So, I tossed it at the feet of the geekmods for trampling or praise as they saw fit.

(Actually, I've typed this entry before the results are in. I shall edit this item to add the official rejection reasons.)

Comments (optional):
I know it's intentional, but the darkness just makes the pic virtually unviewable. sorry
Heh heh. It was only a duplicate because a later one I submitted got approved first, but yes. The "wrong category" I chose was Creative. Irrelevant? Of course! How can we have a rejection without that one? I swear there are geekmodders who don't know what that term means. Under-exposed, yes. And finally, someone gets bonus points for tossing in a kind comment - and one point extra because I agree with her/him!

I think I should have used brighter color lines to spell out BGG. That, and I need to find a serious source of light.


Comments (optional):
"BGG" is not an appropriate caption. Plus what's "creative" about this?
I'm sorry, but I must have missed what is creative or modified about this.
Fail. 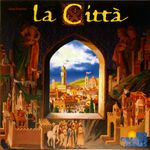 Bleah. I couldn't win on picking categories. I guess I should have picked "Creative" on this one, too, but "Creative" failed the one On the Underground photo. Oh well, the whole point of uploading this was just to share the contrast the sunlight set up on the different portions of the board. Those who want to see it can see it here.
Quote:
Reason: The image had too much glare.
Reason: The image was irrelevant to the subject.


Comments (optional):
bad angle
This should probably be in creative since its not really a good picture of the game.
hard to see game