mac always makes great games. Is this a variant of antike?

Mac Gerdts wrote:
"Like others, we won't be ready for Essen this year (which is the first time for me, a new experience...), but there will be enough prototypes to play and explain the game." In addition Gerdts says, "We will offer copies of the game for sale (as was the case with Lisboa), and this special and limited edition will contain the board, the necessary event-cards, and the rules. It will be playable with the game material from the original Antike. (For instance, the grey disks can be used as town walls.)"
This may be the chance to get an "upgrade kit".

seems to be a mustbuy

BGG wrote:
A Lookout Games press release states that the Agricola: Niederlande-Deck will contain 120 cards and be available September 2011. No other details at this time.
Milan 11€

BGG wrote:
Bohn Camillo, a Bohnanza variant for two players only, is a take-off of the movie Don Camillo e l'on. Peppone, with the title characters having a love-hate relationship in which they fight each other, spy on each other, and steal from each other – all while trying to thwart their antogonist's plans. Only the "Bohn Gottes" – the Bean God – who hangs on the cross stands between the two and can prevent the worst, although when the situation warrants they can be generous to one another.
Milan 7€

A new Feld made by a new publisher. Let's have a look.

Rules
In the files section

Nice mancala machanism to determ the next action. Seems to be a "player game"

this is an old photography of the young man
Patron Badge for 2007 through 2020
Status: 3 - have to see or test the game

this is an old photography of the young man
Patron Badge for 2007 through 2020
freeby at Queen's booth?

Quote:
This year we have 2 new games and 7 expansions. The cost is 100 Euros. As always, both German and English language rules are included.

Age of Steam: Great Britain expansion is a fresh, new expansion for our classic game. It is large, with a 3 section map covering Wales, Scotland & England.

As always they must picked up at the Winsome Games stand (Hall 10, Stand 10-66) between 10am and noon on Thursday morning. 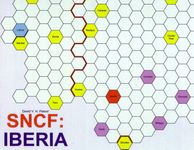 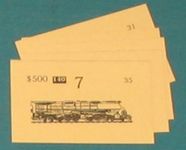 new Winsome Game not included in the essen set 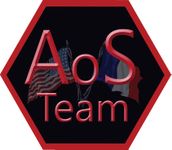 Quote:
AoS Team is pleased to announce that Alban Viard will be selling two new expansions at the 2011 Essen Fair.

The first expansion, Age of Steam Greece features a nice twist from the basic game and deals with the country's recent economic crisis.

The second offering is an odd expansion taking place in the Cyclades islands where players must attempt to satiate the always-demanding tourists on a unique map featuring no hexes.

The expansions cost 25 Euros at the Fair, and will also be made available to Americans for $40 (USD), plus shipping.

100 numbered sets will be made available at Essen and 50 sets will be reserved for North Americans who are unable to visit the Fair.

As always, the Essen sets must be reserved by e-mailing ageofsteam2011@gmail.com

(just reply this message) and must be picked up between 10 AM and Noon on Thursday morning at the Winsome Games stand (Hall 10, Stand 10-66).

The US sets, meanwhile, must be paid for in advance and will be shipped directly to your home. Please contact Alban at the same e-mail (ageofsteam2011@gmail.com)

for ordering information and shipping costs.